“the ecomuseum is in itself a way of expressing the environmental awareness and as such, it becomes an exhibit on its own” “it is an open building, set in a public space of the city and its goal is to provoke the by passer to get in, wonder and feel free to join the exhibitions and happenings” 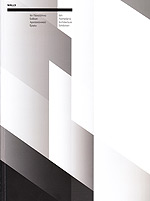 The project was shortlisted for the Mediterranean Sustainable Architecture Award MEA2013